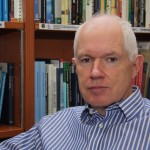 Julian has served for over 30 years with the British Army which included many operational tours including Central America, Brunei, Falklands, Bosnia, Iraq, Sierra Leone and DRC.  This has enabled him to experience a wide variety of operational environments and types of conflict.

His most recent experiences are;

2014-15     UN Trainer.  Part of the UN Mobile Training Team on Protection of Civilians and Child Protection.  Deployments for training have included UNMIL, UNISFA, Bangladesh and Nigeria.  He deigned and delivered a Protection of Civilians Course for UNDP in Malaysia.  Additionally he continues to advise on UN Force Generation, most recently in Vietnam.  In Europe he both role plays and scripts for NATO out of area exercises.

2011-13:    Bosnia in Herzegovina. Director of Studies and then Advisor at the Peace Support Operations Training Centre (http://www.psotc.org/); preparing soldiers and police for operational deployments.  Here his specialist areas included: the Protection of Civilians, and; Gender in PSO. He was also enable to provide support to DKPO ITS in these areas and aid the development of a UN training programme on the protection of children in conflict and post conflict. Lasty, his UN operational experience and experience of UN Force Generation was utilised by US programmes to provide practical advice to counties considering deploying troops on UN missions.

2009-10:   Sierra Leone.  Advisor to the Ministry of Defence on Sierra Leone on UN Peacekeeping.  The principal tasks was generating, deploying and sustaining Sierra Leone’s first, post-conflict, UN deployment with the provision of a Recce Company to UNAMID.  Tasks ranged from MoU talks at UNNY, developing a Business Plan, purchasing vehicles and communications, establishing Welfare Policies, identifying Sustainment Plans and physically loading the equipment on to the ship.  The Company left on time, fully equipped with the following year’s vehicles spares already being shipped.

2008:  Democratic Republic of Congo.  Chief Military Plans in Force HQ of the UN Mission. The key task was stabilisation in the Kivus. This involved joint planning with other mission components to ensure that territory recovered from rebel forces could quickly be protected by police (rather than military), state functions resume and infrastructure (including schools) be repaired.

Nick has served in the British Army for over 30 years including service in the Balkans, South Asia, South East Asia, the Levant, Afghanistan, the United States and widely in Africa. For the last 20 years he has worked in the international arena on a number of diverse issues including defence relations, hostage negotiation, campaign assessment, policy development, conflict prevention, peacekeeping and investigations. He has worked with the United Nations Security Council, NATO, US CENTCOM, the UK Cabinet Office and the UK Foreign Office in New York.  Nick supports most courses and also contributes to scenario development and role playing for UN staff exercises.

Mike Robertshawe (a retired Lt Col) brings with him over 34 years of military experience having served with five different armies and twice in a deployed NATO HQ. Having deployed to Iraq, Afghanistan, Sierra Leone and Kosovo with the British Army he has been operationally focused throughout his career with particular skills in Logistics and Training. He has completed the UN Logistics and Staff Officer’s Course in India and coordinated the deployment of Sierra Leone Forces on their first UN deployment in over 40 years to Darfur. Most recently in 2013 Mike assisted in the development of Afghan National Security Forces Logistic Capabilities while working in HQ ISAF. He has experience in exercise development and role playing in PSO.

Formerly the English Language Teacher at the international PSO Training Centre in Sarajevo, Amra has extensive experience of working with the military. She leads on the course ‘Communicating Effectively in Peacekeeping’ which uses scenarios and exercises to prepare peacekeepers for deployment and gives them the confidence to be effective in an interactive PSO environment.

Gareth Rice (a retired Major) has served as a military legal advisor on 3 operational tours to Afghanistan and a tour of Sierra Leone. He has been operationally focused for most of his military career; advising and training the British, NATO and local military forces on international humanitarian law, law of armed conflict, detention operations and the rule of law. In additional to Gareth’s legal career, he has a unique academic background, having studied BA (Hons) African Studies at the School of Oriental and African Studies (SOAS) and MSc Post-Colonial Politics at Aberystwyth University. Gareth has also worked at the UN Economic Commission for Africa in Addis Ababa, Ethiopia, and has written academic papers on Humanitarian Intervention, the Eritrean Revolution, and the Social Assimilation of Ethiopian Jews in Israel. He speaks French and Amharic (Ethiopian lingua franca).

With over 30 years service in the British Army James is a fluent French and Spanish speaker with more than 15 years experience in the areas of DDR, SSR, Force Generation and training having served in: Bosnia Herzegovina, Sierra Leone, Liberia, DR Congo, Angola, Senegal, Djibouti and Afghanistan.  James has worked embedded in the US and French militaries and in conjunction with various UK Government departments in the most challenging of environments, forming, delivering and implementing DDR and SSR policy.  In depth, practical experience of working in, and closely with the UN (Force Generation), EU and World Bank at the strategic and operational levels has given James a pragmatic approach to problem solving and programme implementation.

Hugh has served in the British Army for nearly 30 years, including Bosnia, Canada, Iraq, Kosovo, Libya, Macedonia, Northern Ireland, Sierra Leone (including work in The Gambia, Ghana, Nigeria and Senegal) and South Africa.  He has worked in cross-departmental training and capacity-building in most of these environments.  Recently he worked as the Commander of the Defence Advisory & Training Team (DATT) in Tripoli, Libya, where he was the senior military representative serving at the British Embassy; the Team assisted the Libyan MOD and Armed Forces with the integration of former revolutionaries into the Armed Forces and the wider professionalisation of the institution.